During one of the teaching demonstration discussions on the second day of NCKP 2017 Robert Duke told a story of a student teacher. The teacher was complaining to Robert that week after week, her student would come back not having practiced at all…

She asked Robert what she was supposed to do in this situation and he said:

“Stop teaching them as if they practiced.”

This plays on a theme that I saw throughout every area of this conference, you have to teach the student as they are in the moment, and simultaneously be proactive about how they will be in the future. 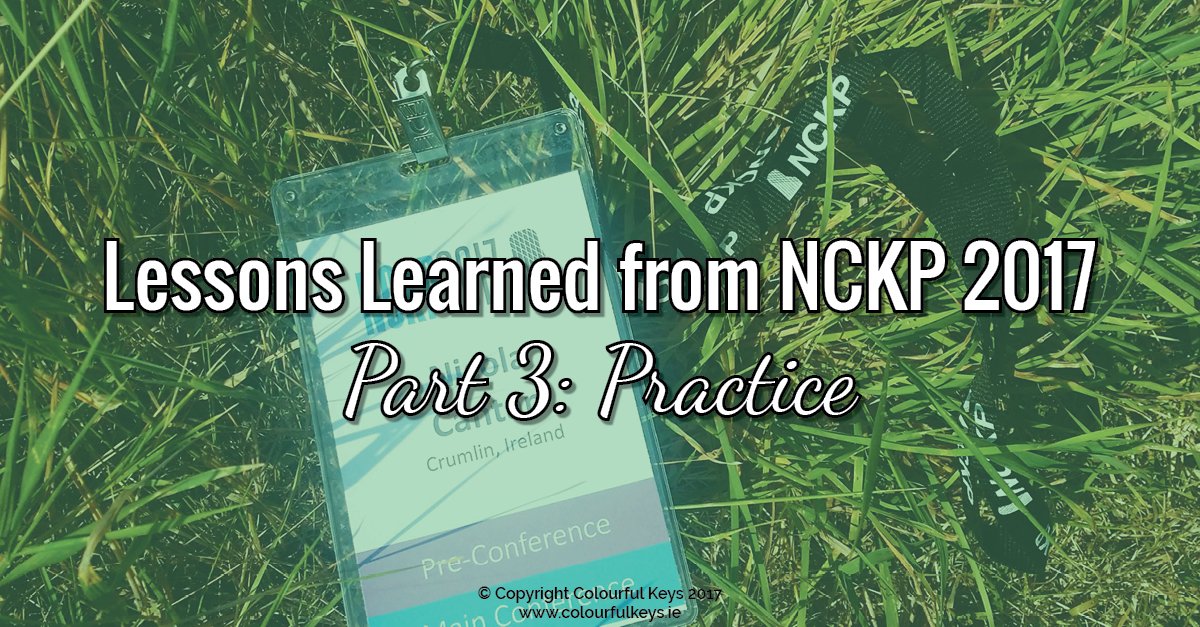 It can be too easy as a teacher to fall into the trap of reacting to what a student comes in with – and we do need to be flexible. But we also have a responsibility to stay in control of the ship.

Students don’t know where they’re going, so only we can plan the route. 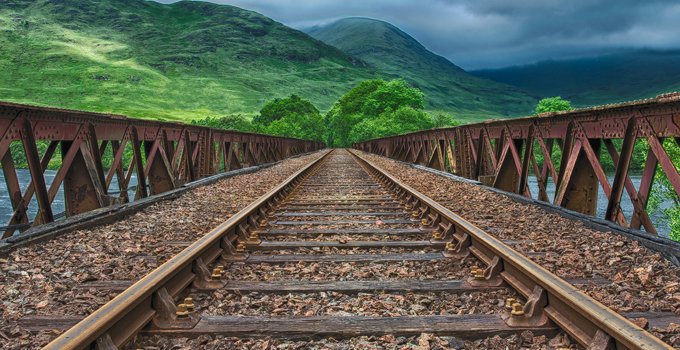 In the final session of NCKP 2017 we had the absolute pleasure of watching Marvin Blickenstaff teach. I found his explanation of his lesson preparation rather intriguing.

This is a small distinction but I think it reveals his years of experience, as well as how clear he is about his long-term plans for each student.

Marvin also said that he plans the repertoire and assignments so that his student can accomplish something tangible each week. If a piece is stagnating from one lesson to the next – he feels like he’s made a mistake with his repertoire choice.

I Really Mean It

In day three’s teaching demonstrations Courtney Crappell probably did the best job of presenting just as it would be in his studio. He set up his laptop on the piano so we could see how he referenced the notes from the previous lesson, and the lesson format we would be following.

The thing that I really enjoyed about his session was that he started by checking in on several trouble spots she had been practicing since the last lesson. This shows a child that you really mean what you say.

Instead of moving on to the important business of new repertoire, or just asking how it went, he heard each of these sections until he could see if the issue was fixed or not.

These little check-ins really only took a couple of minutes, but it meant he was able to go straight back into the complete piece knowing they could work on new areas and ideas – without getting bogged down in previously covered details.

All Aboard the Practice Express

In Christy Vogt-Corley’s session about the Suzuki philosophies that we can carry through into reading based teaching, she spoke about the parents’ role in piano studies.

In the Suzuki method, parents are the ones who take lessons for the first 4-6 weeks. They then act as a practice coach for the student at home.

So what can we do if we can take this kind of intensive approach?

Christy suggested having the parents in the lesson for at least the first year of lessons. Courtney Crappell also mentioned that he insists on parents being present for the first two years of lessons, and Jani Parsons said that her piano parents are in a waiting room – but that she regularly calls them in to observe a particular technique or strategy.

We say this again and again – students just cannot practice by themselves at such a young age. The ones who excel are those whose parents understand their role in the practice process. 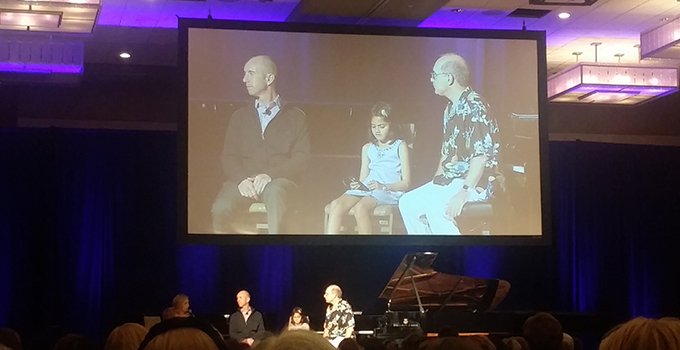 Overall, it was great to hear practice talked about in such specific terms. Although I didn’t make it to any sessions about practice – I appreciated to focus on this important topic throughout the conference.

As you might be aware from my book and course, this is something I feel very strongly should be covered more.

Is this all stuff you’ve heard before? Did you find a new way to look at practice from these wonderful pedagogues?

Tell me about it in the Vibrant Music Studio Teachers group on Facebook – I’m always happy to chat practice, progress and planning.

2 thoughts on “Lessons Learned from NCKP 2017 Part 3: Practice and Progress”