This simple C major chord progression is a great way to get adult and teen students making music right away and sounding great from the get-go. 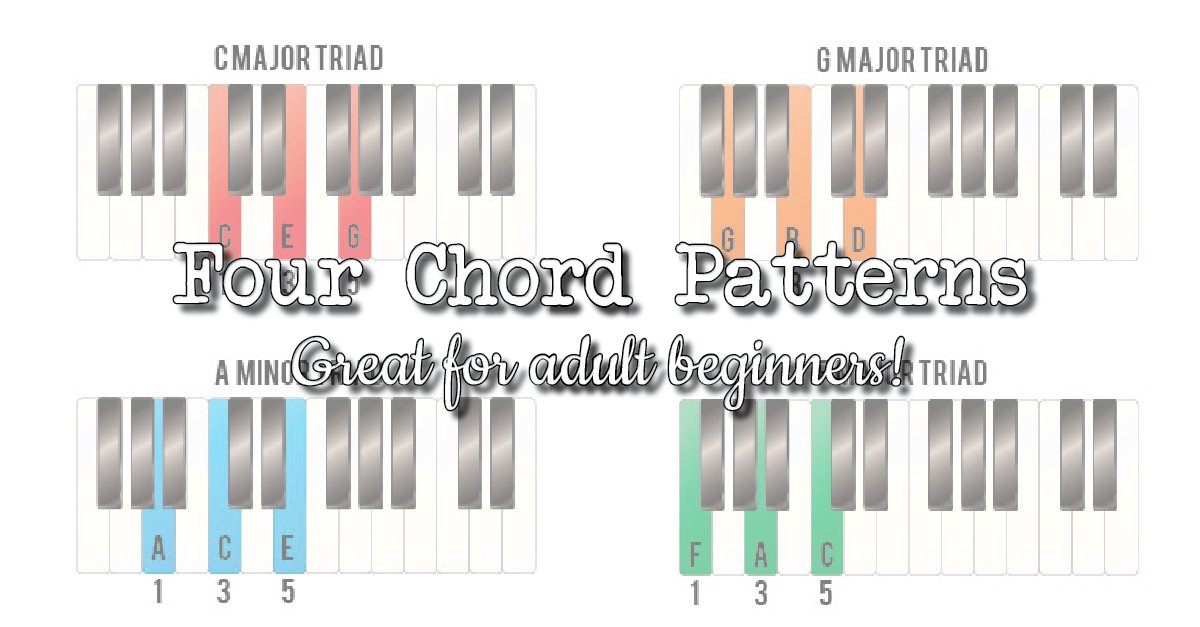 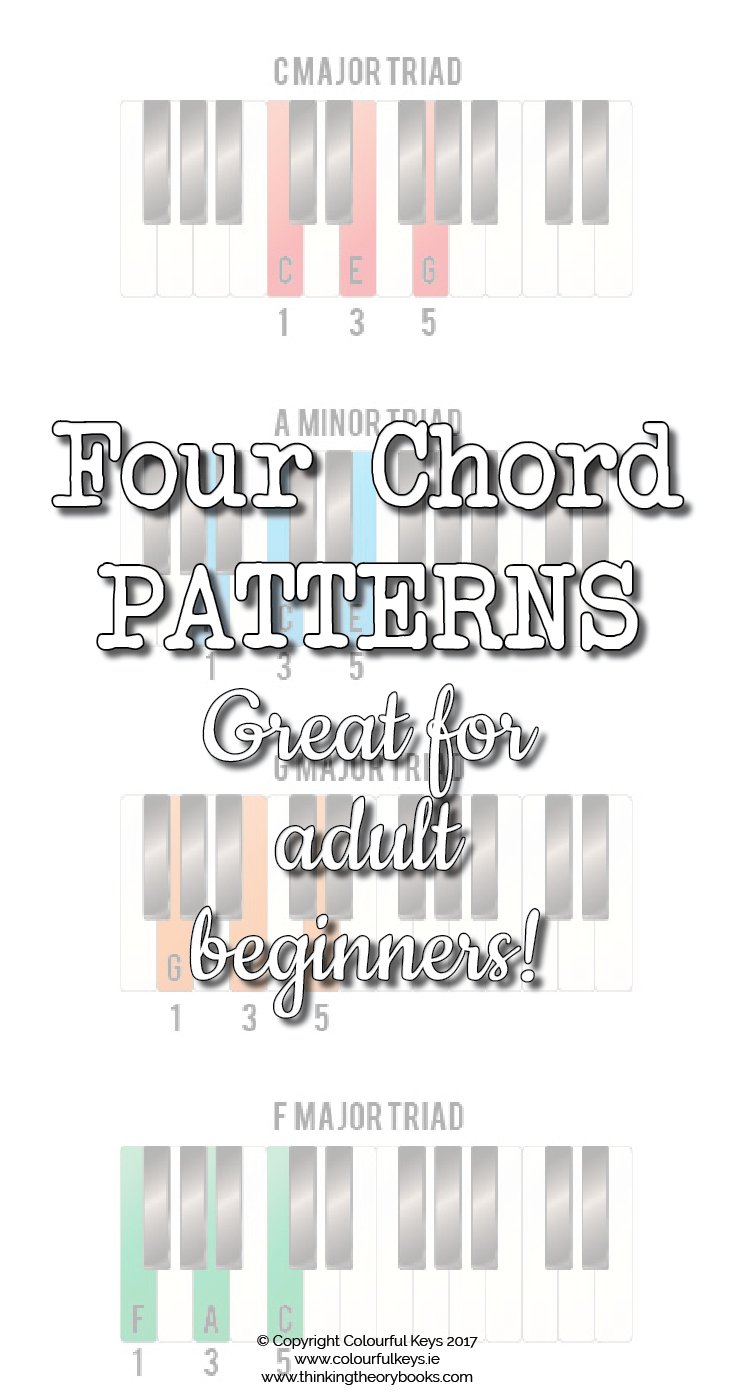 Practise playing these one after the other with your right hand. 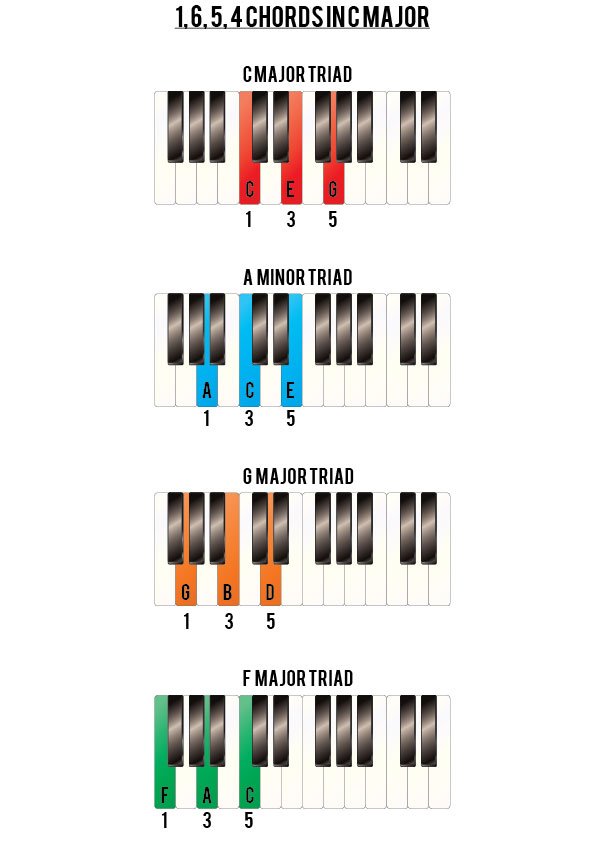 Then play a low A with your left hand, followed by the A minor triad in your right hand. Make sense?

Great! Keep going, round and round these four chords until you can speed it up a bit, what does it sound like to you? There are many, many, many songs that use this simple chord progression in C.

Now play around with it, go wherever it takes you! Try playing it with a bouncy rhythm, try repeating the some of the chords more than once in row before moving on, try everything because (despite what you may have thought in the past).

When it comes to music there aren’t any wrong answers, if you like listening to it, then it’s super. Have fun making music!

Subscribe to our newsletter and we'll send you the target setting worksheet that will help your students make their practice more thoughtful.

Subscribe to our newsletter and we'll send you the target setting worksheet that will help your students make their practice more thoughtful.